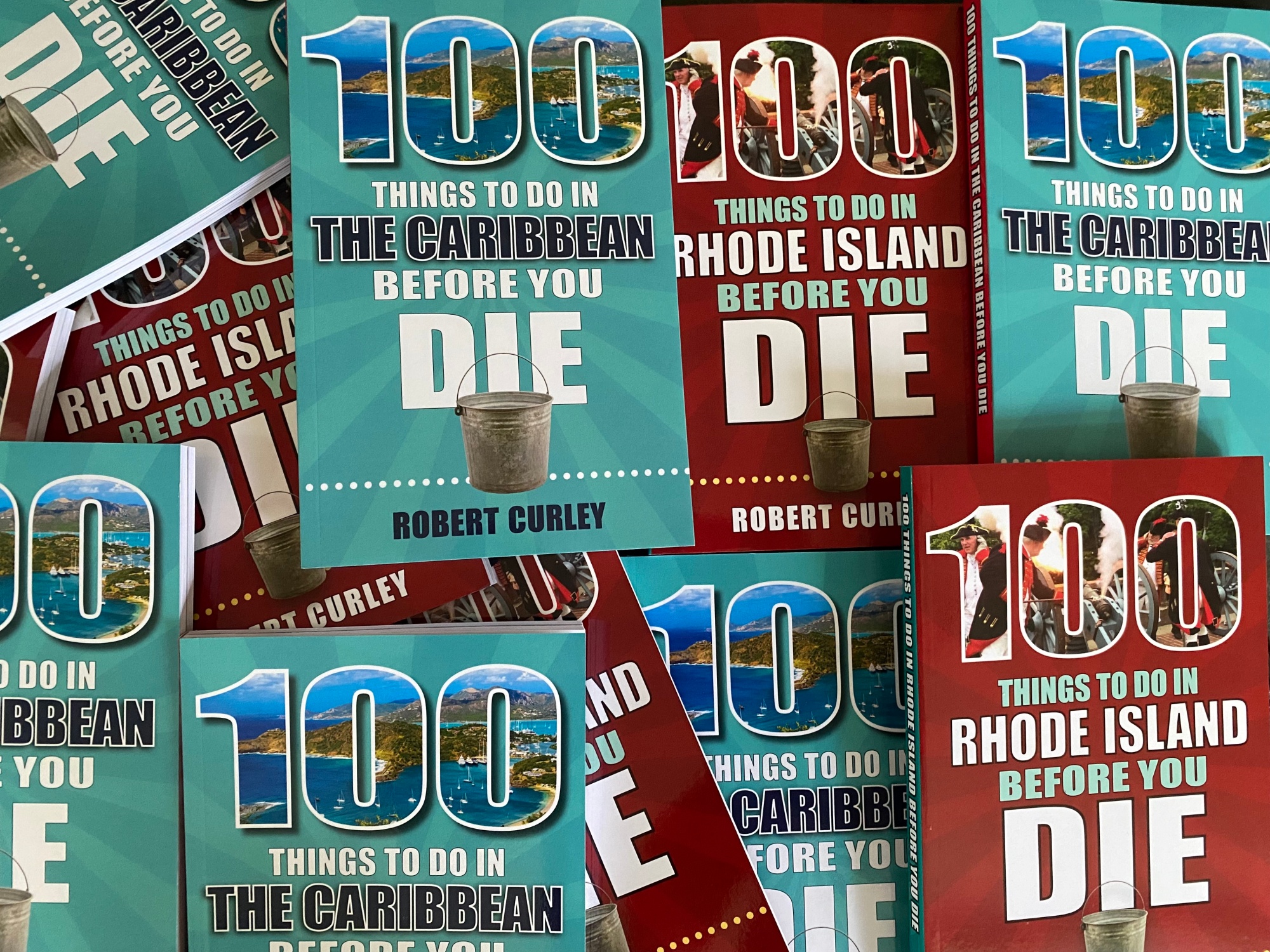 Reedy Press is pleased to announce the release of our newest guidebook, 100 Things to Do in the Caribbean Before You Die, by Bob Curley.

You’ll “lime” like a local in Barbados’ friendly rum shops, spice up your Jamaica trip at the island’s best jerk shacks, and follow Puerto Rico’s Ruta de Lechón to the most savory roast pork in the world. Get into vacation mode by joining a pirate invasion in the Cayman Islands, or baring it all on the most notorious party boat in the British Virgin Islands.

Fill your “bucket list” with experiences like swimming with pigs in the Bahamas and whale sharks in Mexico, island-hopping on a charter yacht, exploring the haunting ruins of towns buried by volcanoes, and cruising the streets of Havana in a ’50s-vintage classic Chevy. And of course you’ll meet the warm and welcoming people who bring the Caribbean to life: Carnival dancers in Trinidad, the Kuna tribe of the San Blas Islands of Panama, Anguilla singer and living legend Bankie Banx at his handmade Dune Preserve bar, and countless others.

Come along with local author and travel writer Bob Curley for an insider’s perspective on the many island experiences he’s enjoyed. From the pink sand beaches of Bermuda to the tops of the Piton mountains in St. Lucia, 100 Things to Do in the Caribbean Before You Die will take you to the very best of the islands, from the well-worn tourist path to unexpected and extraordinary, “only in the Caribbean” moments.

100 Things to Do in the Caribbean Before You Die is available wherever books are sold; signed copies are available direct from the author.

Please contact Alex McPherson at amcpherson@reedypress.com to arrange an interview or appearance.

About the Author
Bob Curley has spent more than 20 years traveling in and writing about the Caribbean as editor of the about.com/TripSavvy.com Caribbean Travel website and as a contributor to Caribbean Journal, Coastal Living, Fodors, USA Today, and countless other publications. Among the other “islands” he loves best is his home state of Rhode Island, which he explores in 100 Things to Do in Rhode Island Before You Die and the forthcoming Secret Rhode Island.

TALKING POINTS FROM THE BOOK:

Rhode Island based travel writer, author of Rhode Island: Off the Beaten Path, and an active member of the American Society of Travel Writers. View all posts by Robert Curley