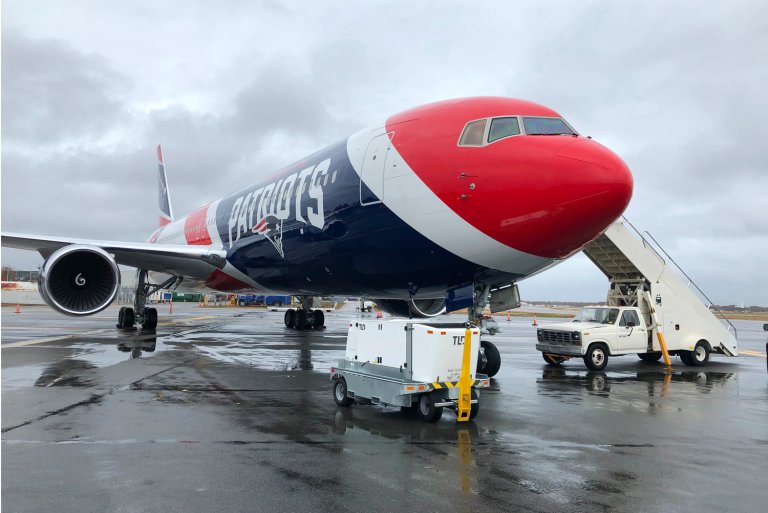 Plenty of oversized seating is just one of the advantages the New England Patriots enjoy as the only squad in the National Football League to have their own team jet. They also don’t have to worry about having their equipment sent to the wrong airport and risk forfeiting a game (which nearly happened to the Kansas City Chiefs last season). And they can quarantine sick members of the team on a separate flight to a road game (as the Patriots did when the flu swept through their locker room before the team played the Texans in Houston).

Whether in the air over Providence or parked on the tarmac at T.F. Green International Airport, the Pats’ plane is an instantly recognizable symbol of local pride for Rhode Island football fans. Dressed in red, white, and blue livery, the highly customized 767-300 jet is emblazoned with “Patriots” and “6X” (referring to the team’s six championships) in huge letters on the fuselage, with an equal number of Super Bowl trophies depicted on the tail.

Rhode Island based travel writer, author of Rhode Island: Off the Beaten Path, and an active member of the American Society of Travel Writers. View all posts by Robert Curley